I never want to be a disk jockey, moving around an SD card, writing it here, using it there, just to test a litte change in my root filesystem. It needs too much time and its boring.

That's why I want to run my embedded system via network only. And here "only" means, it includes the kernel and its devicetree as well. I presume the bootloader of the embedded system supports the NFS protocol and also the BootLoaderSpec (if you are using the bootloader barebox you are already in a nice position). Both features in addition to an NFS service support the possibility to run the embedded system solely and in a consisten manner via network. The NFS service possibilities I already discussed here.

I'm using the bootloader barebox on all of mine embedded systems, so it will be a prerequisite for this example.

Initially the bootloader barebox must configure its network interface. Its possible to configure it statically or via DHCP.

To load the Linux kernel and its devicetree via network, I need to define an additional automount entry in the barebox environment. On my embedded system I'm using the eth0 interface for the network, so my automount entry looks like that:

The <path> component is just a placeholder here and it must be replaced by the path to the NFS export of the BSP's root filesystem directory.

Now the bootloader barebox is already using the network, but the Linux kernel needs an additional parameter as well to make use of the network and NFS for its root filesystem. barebox will add this required parameter automatically if the BootLoaderSpec config file contains the line linux-appendroot true. More about this detail will follow. That's all to be done at the embedded system.

At the PTXdist side (my development host) its sufficient to enable the entry default bootloader spec entry in the submenu bootloader spec entries in the platform configuration. Due to PTXdist does not automatically add the linux-appendroot true line mentioned above, I have to add it by my own. In order to, I copy the file default.conf from the path projectroot/loader/entries in the PTXdist installation directory to my local BSP into the projectroot/loader/entries directory and add the required linux-appendroot true line to it. It now should look like this:

Now I run the ptxdist go command to create the root filesystem directory on my local harddisk, start the NFS service (if not already done) and switch on my embedded system. I can now boot my embedded system simply by typing the command:

To avoid to re-type the mentioned boot command after each start or reset, I can configure it as the default:

As for me, I am already relaxed at work and let the high pressure do its work in my coffee maker instead... 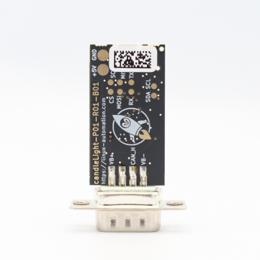 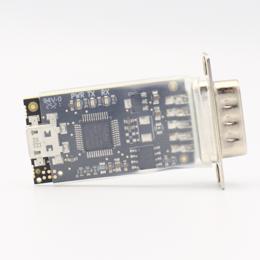 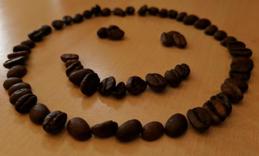 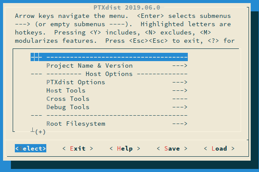