We at Pengutronix use LXA IOBus devices when we want to automate low-bandwidth interaction with devices under test (DUTs) in our Remotelabs. Two examples for such devices are presented below, the Ethernet-Mux and the 4DO-3DI-3AI.

The 4DO-3DI-3AI allows the automation of button presses or setting/releasing of a DUTs jumper connections. It also allows reading back digital and analog voltage information from a DUT.

"What's a Remotelab?" You may ask. You may want to have a look at our blog post about our Remotelab infrastructure.

Why build a custom protocol when USB, Ethernet, Modbus and 1-Wire are already available?

The lessons learned from our experience with the protocols above led use to choosing a CAN-based protocol for our future lab automation products. More specifically we decided to base the LXA IOBus on CANopen, a device-abstraction layer on top of CAN.

CAN and CANopen have a couple of benefits:

Please note that our LXA IOBus devices uses vendor-specific CANopen device profiles, so integrating them into your elevator infrastructure or garbage truck electronics may require some extra effort (feel free to contact as if you want to go that route though, we would like to know).

The IOBus Server is the gateway between the IOBus and you. On one side it uses the Linux SocketCAN interface to communicate with devices on the CAN bus, on the other side it provides a HTTP-Server with an interactive web interface and scriptable REST-API.

The IOBus Server is, and always will be, open source and is well integrated into the Labgrid lab automation framework.

The Ethernet-Mux allows the multiplexing of two upstream Ethernet ports to one downstream port (or vice versa). The connections are made using high-speed analog switches, allowing you to use Ethernet at speeds up to 1000Base-T without the added latency that would for example be added by a network-level Ethernet switch.

An example use case is a DUT that should be tested as part of a larger infrastructure, but should also be able to connect to another network for software deployment or remote access.

The LXA IOBus 4DO-3DI-3AI is our first device to break the cycle of LXA (Linux Automation GmbH) devices called Something-Something-Mux, even though it could be used as a GPIO-Mux. But let's not get into that.

The 4DO-3DI-3AI provides four digital outputs, three digital inputs and three analog inputs. The digital inputs and outputs are galvanically isolated and implemented as solid state relays, allowing a lot of flexibility in their use. The analog inputs are not isolated but can be used to measure voltages up to 12V, allowing you to measure most supply rails of an embedded device.

The major use case for the 4DO-3DI-3AI is to programmatically bridge jumper connections like boot mode selectors or reset pins, but it can also be used to simulate button presses by soldering connections to said button.

The inputs can be used as a feedback source in automatic tests to determine if a specific test ran successfully. 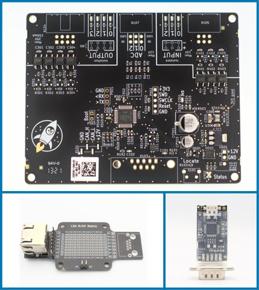 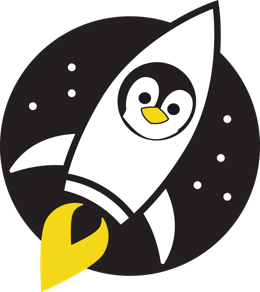 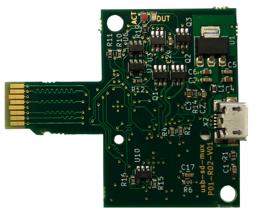